Autofocus
AF worked pretty well, and silent also. Much better than my 50mm f/1.8 AF-D.
It was not the quickest, but good enough for me.
On the D610 it missed focus on a couple of shots, but I noticed when reviewing the image so I could make a second attempt.

Manual focus
There is no ‘instant override’ on this lens, so you will have to set your body to MF, but when I am taking the time to focus manually anyway this should not bother me too much.
The focus ring is much smoother than on my 50mm f/1.8 AF-D and I could make small adjustments without any problem.

General feel
Overall the 24mm f/2.8 AF-D feels like a decent lens. It seems rather small especially considering the fact you are dealing with a 24mm (I know, that does not make sense, but still)….

I was eager to test this lens, as I supposed it would be ‘better’ or at least equal to the 24-120 (one of the other options I am considering) and cheaper.
At first all seemed ok, but looking at 100% on my screen I was not completely happy.
As with the last post, the weather was not too good, but the D610 gave me no problem with it’s good noise performance.

Sharpness
I am not too convinced here. Mainly because I was expecting a very sharp lens (being a prime, I expected it to be very good at the one thing it should do).
It was not too bad, but I still wanted it to outperform the 24-120mm so I screwed that one on also.
Back home I could compare the shots (not taken with a tripod, so they shift somewhat) and that confirmed that the 24-120mm was actually a bit sharper (as far as I could see). 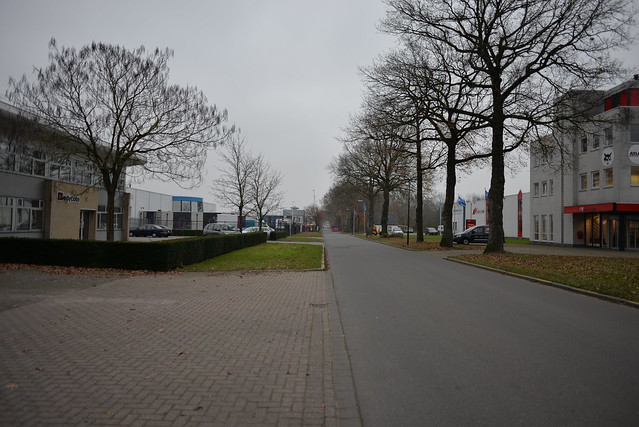 The pictures below link back to their Flickr location, so you can view them 100%. If you hover your mouse over the picture, you will see a second one. The first is the 24mm f/2.8. 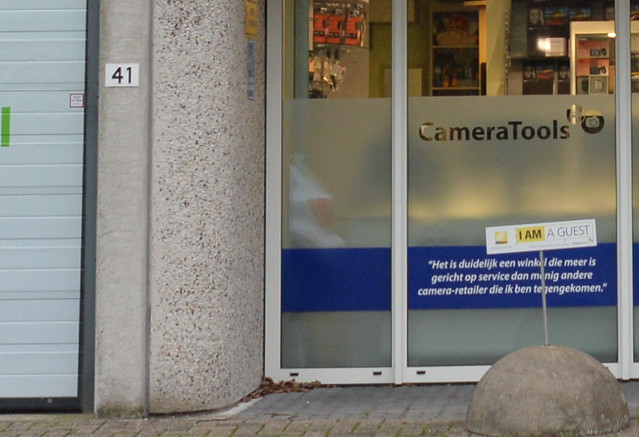 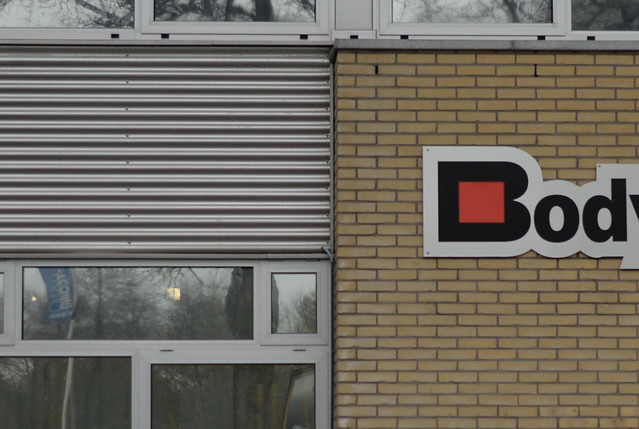 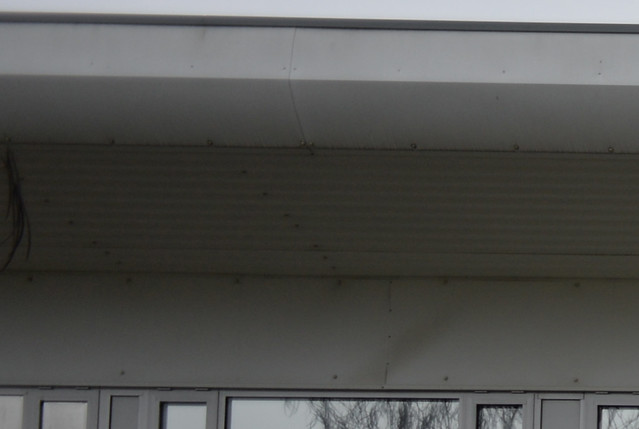 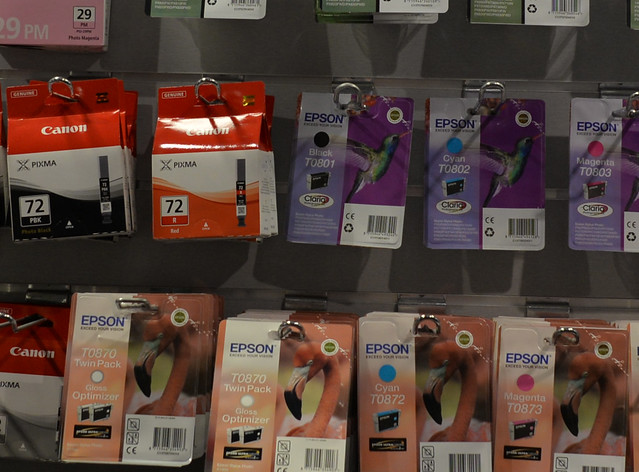 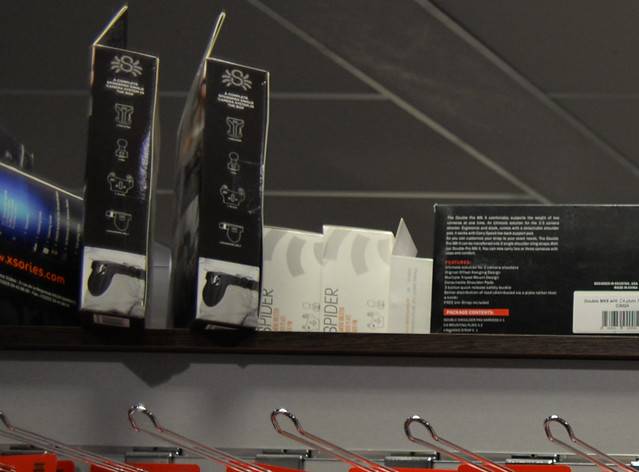 Upper left corner, here there is not much of a difference

Distortion
Very good with the 24mm f/2.8 (especially compared to the 24-120mm) as I could not see distortion in the pictures I took. 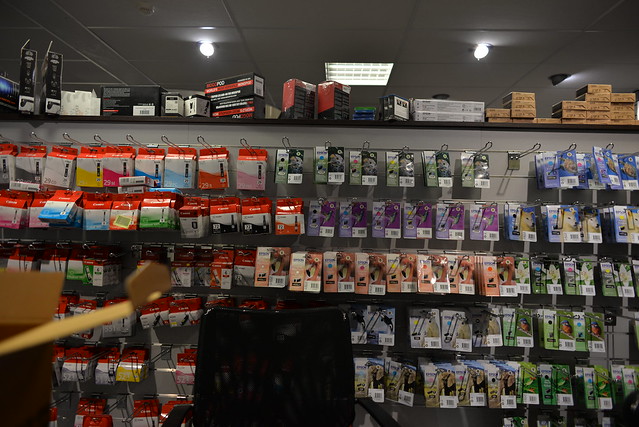 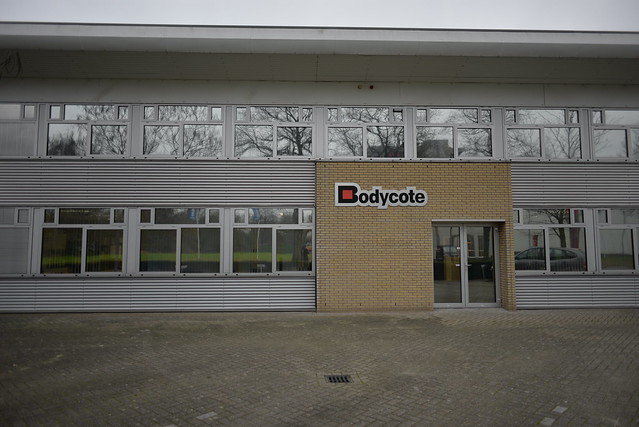 Vignetting
The 24mm f/2.8 showed little vignetting. It became less when stopping down to f/4 or f/5.6. So here the prime performed better than the 24-120mm.

Flare
What I did not expect (and did not like) was how the lens handled lens flare (coma).
The shop I was testing had this bright lights and as soon as they hit the lens from a certain angle (so it seemed) I got some ugly spots.
Here are some examples (not the worst, I got awful flare when shooting directly into the spotlights, but that I would not do normally).

I did ask for the 24-120mm (again) and tested with that one also, but here I could not find the same problem. 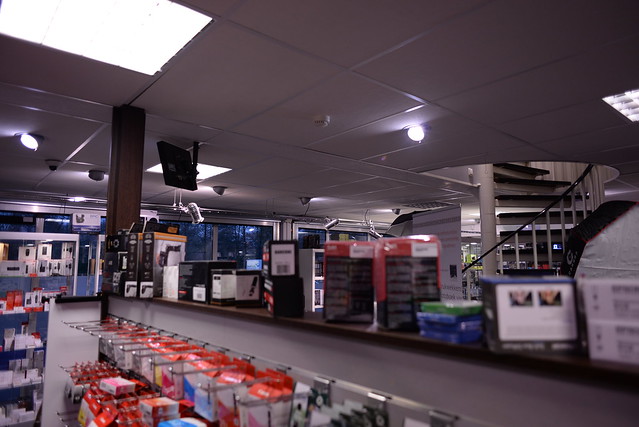 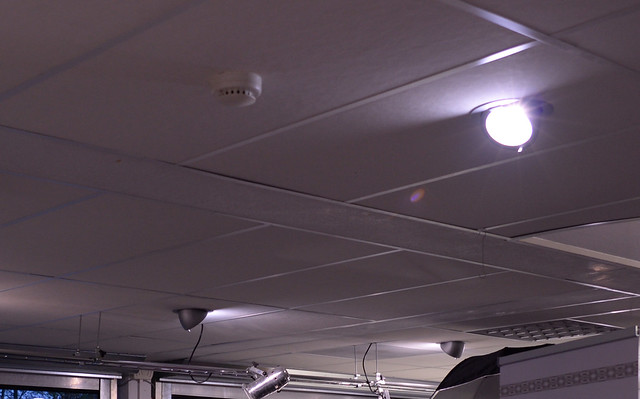 A crop from the same picture

The flare and reflections were very visible in the viewfinder, you could see them appear as light started to hit the glass from a certain angle.
In the next picture you see a light area, caused by the square fluorescent lights above (the 24-120 did not have this problem), and there is also a number of flares visible here (f.e. in the red box). 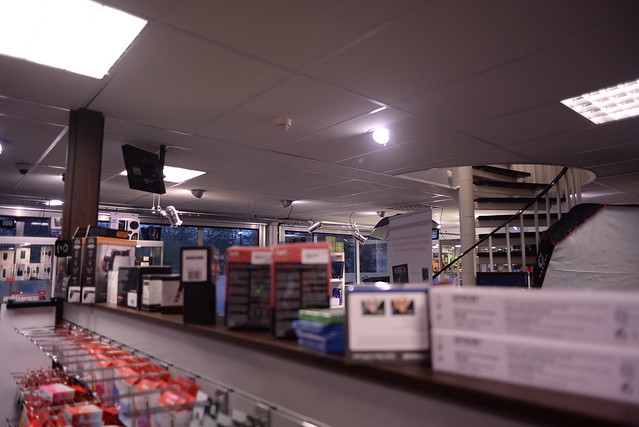 Lots of flare and a white haze caused by the lights with the 24mm f/2.8

Bokeh
Being a wide lens, Bokeh is not the most important property for me. I will mainly use the wide lens for landscapes etc. where I would want large DOF.

I did take some shots where you can see the ‘Bokeh’ and it seems ok for me. 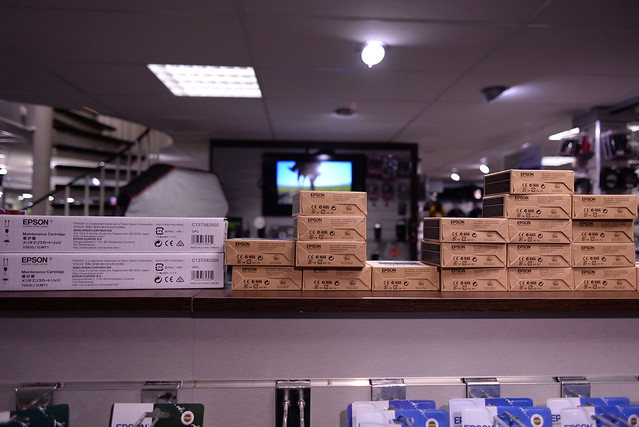 Too bad…
This won’t be an easy choice for me.

I must say I liked the small size of this lens as well as the smaller price, compared to the 24-120mm. Although I have to invest in a medium tele lens also (like the 85mm f/1.8).
But, the optical performance was not as good as expected. Especially lens flare and sharpness seemed worse than the 24-120mm.
I know about all the things that affect sharpness, but I was expecting an easy victory here.

Since this lens has been around for quite some time, I think that the lens production methods have improved in this period (mainly coatings) giving the zoom the advance when it comes to sharpness and flare performance.