In this post I will explain my search and focus on two possible options: Starting point
I liked the flexibility and convenience of the 18-200, expecially when photographing my family (you never know when that special moment appears).

So covering the 27-300 range with one lens was very nice, although I was aware of the drawbacks (slow f stop, corner to corner sharpness etc.)
But ‘not missing a shot’ was more important to me. And if I needed to get better quality, I would grab my 50mm.

Options
There is a number of options available, all with their pro’s and cons.

1. Buying 2 primes
This could mean getting the 24mm f/2.8 and the 85mm f/1.8.
Both seem to offer excellent performance but have some disadvantages:

a. Miss the moment.
When taking pictures of my family I never know what is going to happen (what focal length I need) and changing lenses would mean missing the moment.

b. Small bag won’t fit.
The second disadvantage is having to take multiple lenses with you (so a small DSLR bag would not be enough), even on ‘small occasions’ when you don’t want to take a lot of gear with you.

I know I could also buy a high end compact with some focal range to fill in this gap(also loosing lots of weight when taking only the compact camera), but that would add up significantly to the total budget.

c. Tele range.
Last is the ‘lost’ tele range when buying a 85mm. I know I could get a 105mm prime, but they are much more expensive and still only get to 105mm.

d. No VR.
One would say that the extra stop(s) these primes offer would compensate for the loss of VR, but in my opinion the VR is a real bonus, especially when you need shutterspeeds close or below to the focal range of the lens.

The big advantage (of course) is the good optical performance of these two primes for a ‘reasonable’ price.

2. Buying the Nikon 28-300mm
I must say I did like the 18-200, but moving to a 24MP full frame I wanted to get more out of the sensor than a superzoom would offer.
Especially in the corners, the 18-200 did lack in sharpness and the reviews I’m reading suggest the 28-300 shares that with it’s DX brother.

What this lens would give me most is the 120-300mm range that the 24-120mm is missing. This comes in very handy on ‘vacations’ etc. where you might see something far away and could capture it with this lens.
Even so, the optical performance of this lens would be it’s biggest drawback.

3. Buying the Nikon 24-120mm
In my opinion this lens seems like the best mix of flexibility / convenience and optical performance for a Full Frame Nikon body with a ‘reasonable’ price.
With 710 grams this lens is not as ‘lightweight’ as the 18-200mm (560 grams) but it’s not as heavy as the 28-300mm.

I’m not sure about losing the tele range,  but scrolling through my pictures, the majority of them were taken within the 24-120mm range.

The VR is a big bonus and the optical performance seems pretty much ok.

I’m not completely sure about using a third party lens on a Nikon body, as Nikon seems to oppose to them with firmware updates that leave these lenses struggeling on AF etc.

Still I was eager to try these last two lenses and see how it felt like shooting with them.
In the next tab you can ready my experience when trying these lenses on my Nikon D610.

Build quality
Picking up the Sigma and the Nikon, the first thing I noticed was the size of these lenses. They are bigger and heavier than their DX companions and that is a significant difference.
Especially the Sigma felt very solid with lots of metal and seemed to offer good quality.
The Nikon also felt good, albeit a bit more plastic.

On the D610
Both lenses are nicely balanced on the Nikon D610, they have the right weight / size for this body. I must say the Nikon 24-120mm just seemed to fit better (smoother) attaching to the body, but the Sigma was connecting perfectly.

Using the lenses
Both lenses have a nicely damped zoomring, although the Sigma felt a bit stiffer (and it rotates the ‘other’ way…), which made zooming harder, but more precise.

Also the Sigma has the zoom and focus ring next to eachother and the Nikon has some space between them. I like the ‘Nikon’ way better, but that will be something I will probably get used to.

Both have VR and you can clearly notice the difference when pressing the shutter halfway. Especially when zoomed in.

My main interest was how the images from these two lenses were going to end up.
I must say I did not have the best weather (it was somewhat dark), but I still got a good impression of both lenses.

Overall the Sigma seems to perform just a bit better (not on all shots), but the difference was rather small.
I had just asked the salesman if I was allowed to take both lenses for a test outside so I could compare them. This means did not perform a studio comparison and, looking at 100%, I could see I missed focus on some shots.

Here are some test shots, I did use a tripod, but the (dis)mounting of the body’s did cause the tripod to move slightly on some pictures.

First is the Nikon and if you hover over the image, it will show the Sigma version. Images all link back to their flickr location for full res. examples. 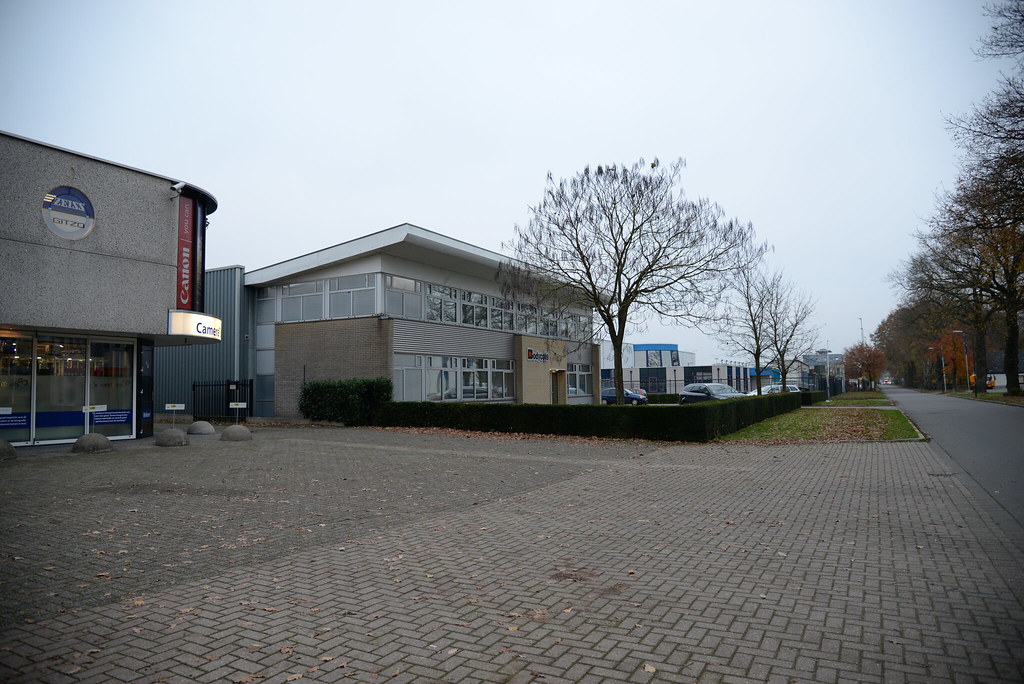 24mm f/4 Nikon and Sigma
The Sigma (unfortunately) focussed on the tree (or I missed it) and the Nikon focussed on the building, so the two are not 100% equal.
The Nikon seems a bit lighter and less distorted.

Some details from these shots: 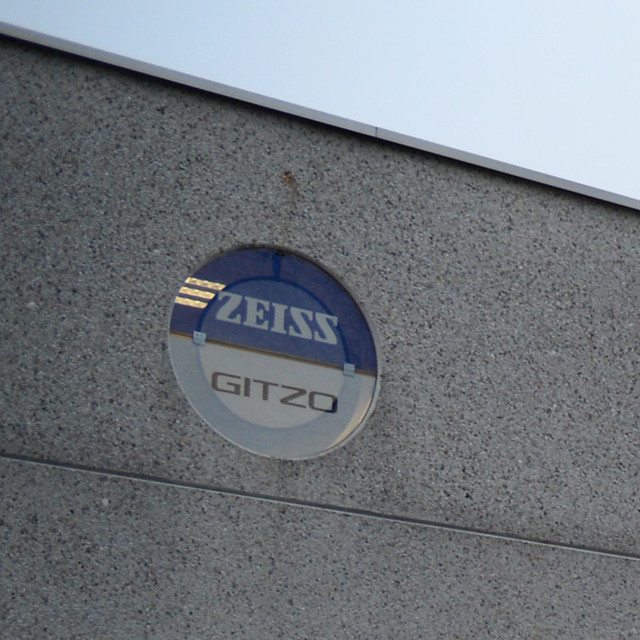 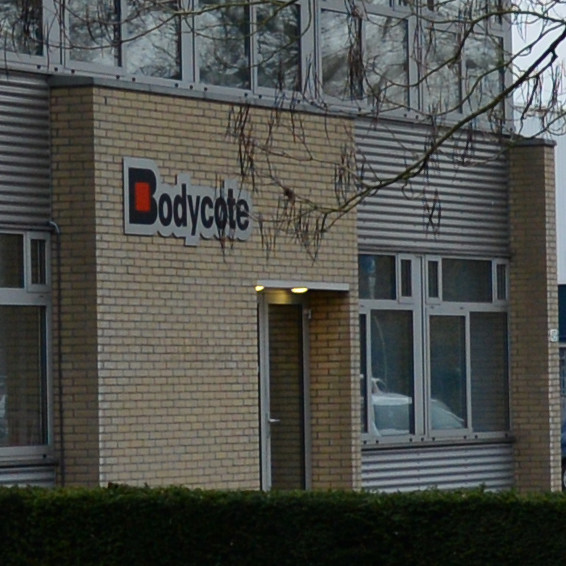 24mm f/4 Nikon and Sigma, center
This time the Sima shows a bit more contrast and seems sharper, although it is a close call. 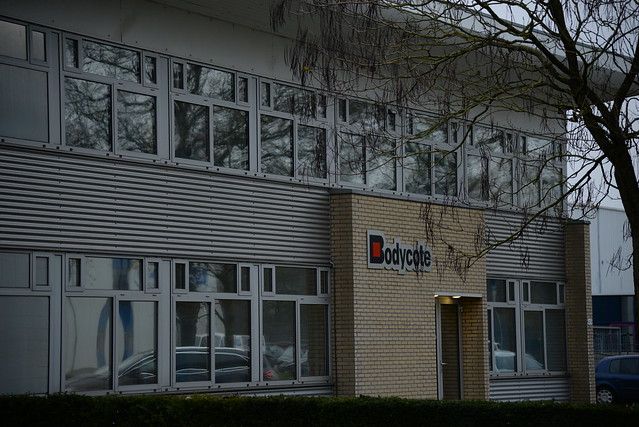 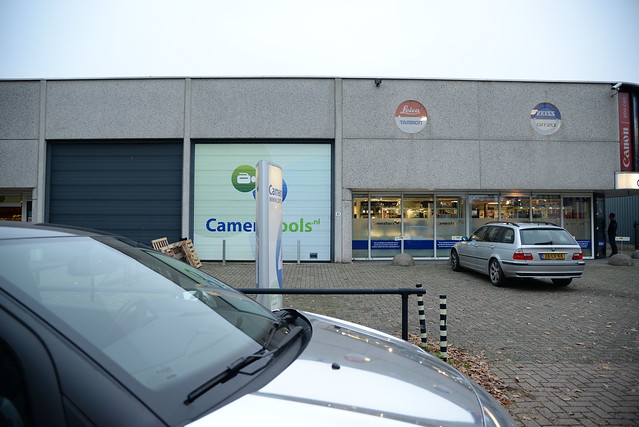 Both lenses have some barrel distortion on 24mm and it seems as if the Sigma has just a little more ‘complex’ distortion at 24mm. 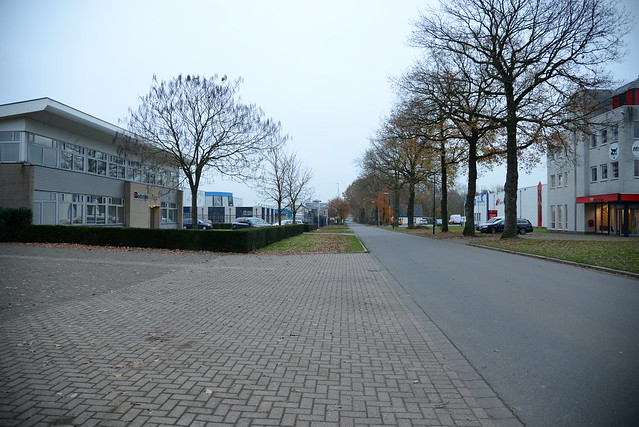 Not much difference in a picture without horizontal / vertical lines. 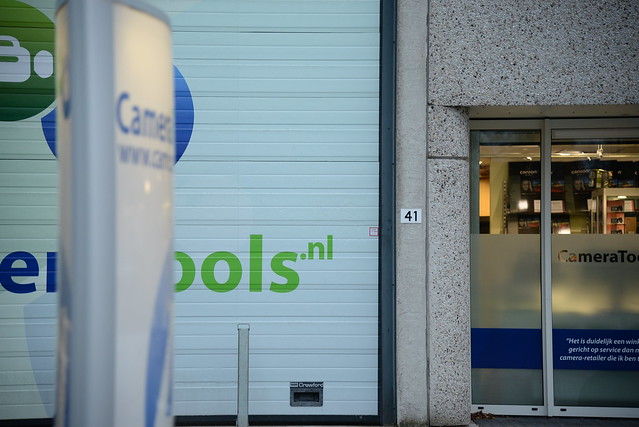 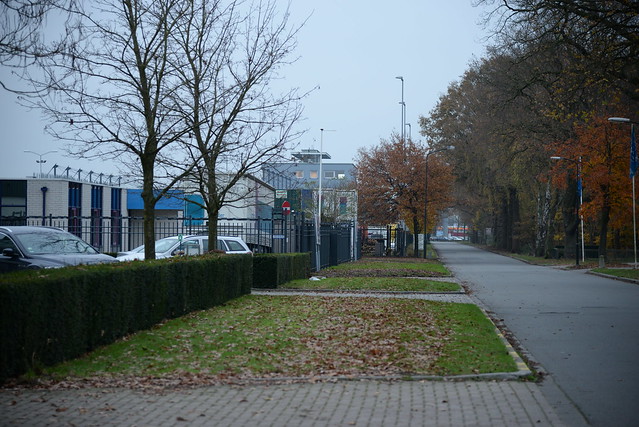 Vignetting
I did notice lots of vignetting on 24mm f/4 on both lenses, although the Nikon did seem to perform just a bit better.
At f/5.6 it got better and at f/8 it was (almost) gone. I did not correct exposure in post, so the image will become darker overall. 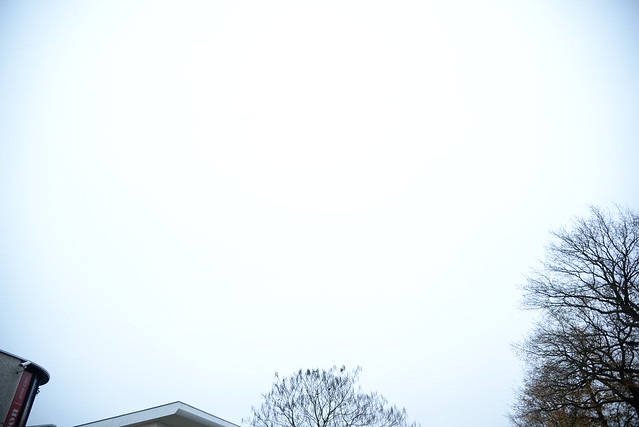 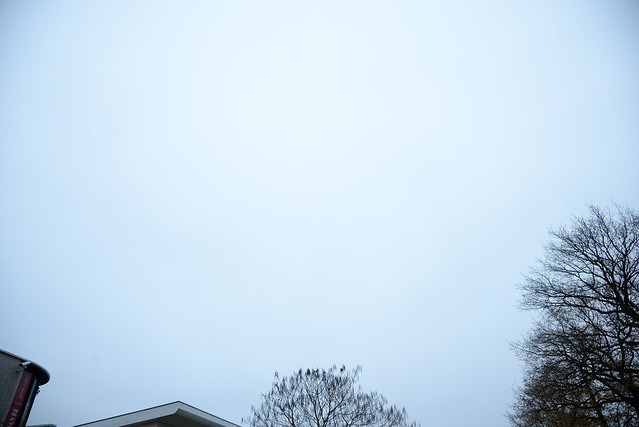 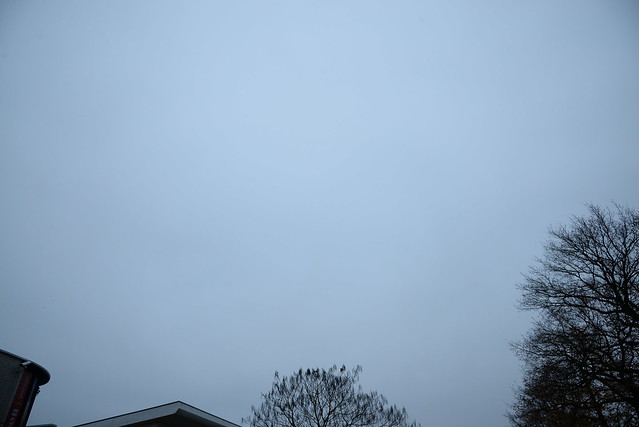 Bokeh
As the salesman got a bit impatient with me shooting around outside for so long, I had to move inside and made some quick shots of one of the displays.
This time I did not use a tripod and I shot the Nikon at 120mm, so the shots don’t look the same.
Still they gave me a good impression of the ‘bokeh’ of both lenses. 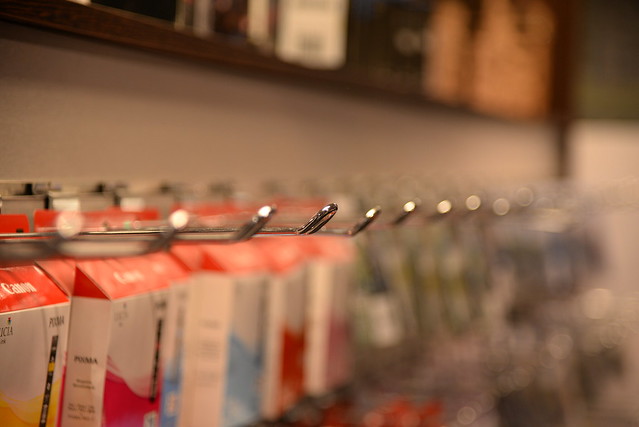 I did not have a clear ‘winner’ here as both lenses gave comparable results.

Overall the AF performance of both lenses was good. I cannot say it was always accurate as the same shot on both lenses did result in the D610 focus on different areas. But that might be something else (like the AF mode etc.) on my D610.
Focussing in phase AF (not using live view) was pretty quick and quiet, in the video below you can see the AF in contrast mode.

One a couple of occasions, when I pulled the lens all the way out of focus, the Sigma could not regain focus using AF. At first I thought it was a one time mistake, but I managed to reproduce this some more times.
Grabbing the focus ring and adjusting focus slightly got the AF back on track, but I did not like this feeling.
In ‘real life’ this would probably have ment a missed moment for me and it reminded me of the issues Sigma had when Nikon updated its firmware on some bodies.
I know Sigma sells a USB adapter for its (newer) lenses, but still it felt somewhat uncomfortable.

For video both lenses look like great pieces of equipment. They offer a nice focal range and f/4 is usually ‘bright’ enough, as you probably don’t want to get too shallow depth of field anyway.
I noticed a lot of moiré, especially in the 24mm shots, but that is (as far as I know) not caused by the lenses, but more a problem of the D610.

In general I was pleased with the performance of both lenses. I think they will both fill the same ‘need’ as a ‘all purpose’ lens, only lacking a bit on the tele end.
I must say the missed focus with the Sigma sort of confirmed my ‘fear’ of third party lenses on Nikon bodies. Although they were fixed soon enough changing focus manually before using the AF again, it would probably mean a missed shot.
Then again the Sigma feels more solid and seems to be built a bit better.

The optical side was somewhat of a mixed bag for me. Yes, these lenses both perform well, with the Sigma often rendering a bit sharper, but they do have a lot of distortion and vignetting.
Also the chromatic aberration was clearly visible on both lenses. (the Nikon D610 will correct for the Nikon lens, but I turned this of for this test).
The Nikon gave me 15mm extra on the tele end (as seen on the previous tab) but that is not a great deal, since it does still not give me that compressed tele look.
And the Nikon was somewhat more expensive (although it takes the cheaper 77mm filters)
VR works great on both lenses helping you in low light situations.

So it all comes down to weighing the pro’s and con’s, but for now fear of third party lenses is my only decisive argument opting for the Nikon (my favorite of these two, just by a bit)