By: admin
In: Music production
With: 0 Comments 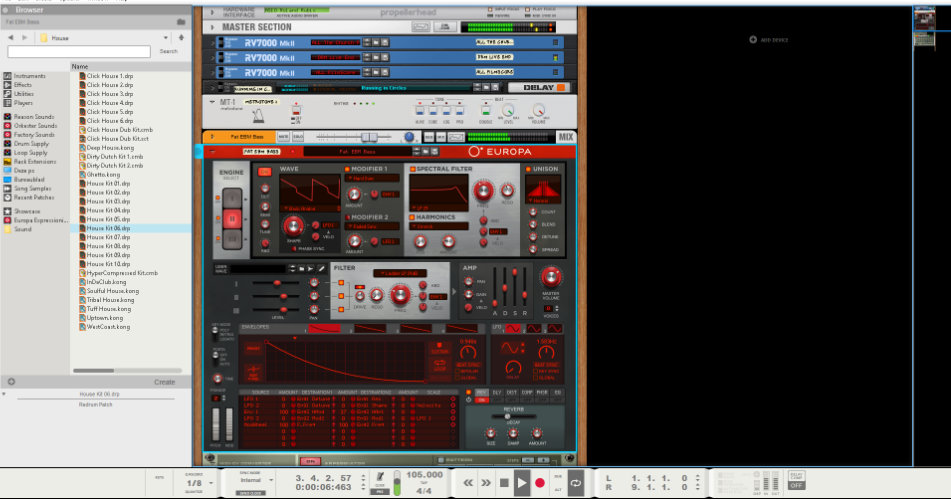 Disclaimer
This post is written based on my experience with my system. There are so many variables that this might not apply to your system.

Problem
Lately I have had problems with Propellerheads Reason giving me random dropouts / hiccups (where the music suddenly stops for a short time) and they seemed to occur only when I was using the ASIO driver for my Roland Rubix 24. (or ASIO4ALL for that matter)

I dived into this problem and soon realized there are so many variables to take into consideration that it would be hard to localize the reason for this issue.

My system settings
I am running a Dell Inspiron 7577 with 16Gb RAM and run Reason from a SSD.
Reason version is 10.4 and my audio settings are:
– ASIO driver from Roland (to get good latency)
– Buffer size 864 samples
– 23 ms input latency
– 30 ms output latency
– Multi core audio rendering OFF
– Hyper threading audio rendering OFF
– Render audio using audio card buffer OFF
(these last three were set OFF because I had high CPU issues when running the Europa synth)

Testing
I tried a lot of combinations (different drivers, ASIO4ALL etc. etc. ) and noticed only the ASIO drivers had the hiccup issue.
But switching to non ASIO drivers meant latency issues, so that was not an option and the problem also was that it was not clear when the problem would arise. Sometimes I could play for an hour and only have 1 dropout, whereas other times I had several.

Solution
Desperate for a solution, I looked around on the internet, but nothing seemed to match this issue.
I almost felt like giving up, but then I noticed a little button : DELAY COMP.
That was my savior.

It was set to ON…..
I remember putting that on a long time ago before I had the Roland Rubix 24 to try and get around the latency issues.
But apparently it was saved in my default patch, so it was on on every song from then….

Switching that OFF seems to have saved my day!